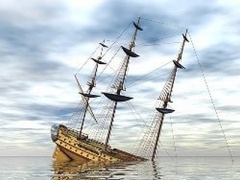 Making decisions is one of the most important jobs of leaders. It is also the toughest and the riskiest. Bad decisions can ruin your business or career.

In a previous edition of ChangeAbility,  I examined two, well-documented psychological traps and told you what you can do about them in order to make better decisions.  These two traps were:

THE ANCHORING TRAP & THE STATUS-QUO TRAP

In this edition, I am discussing the following two traps:

We all sometimes make choices in a way that justifies past choices, even when the past choices are no longer valid.

Imagine you have been standing in line at the post office for 15 minutes. You have a meeting with an important client coming up, and you run the risk of being late to the meeting if you keep standing in line. What do you do?

For many of us the thinking goes something like this, “Well, dam#$^%! I have already been standing in line for 15 minutes; it would be really stupid to give up my space now, so I will stand in line even if I end up being late to the important meeting.” We just fell into the sunk-cost trap.  How so?

Other examples of the sunk-cost trap include business owners who pour enormous effort into improving the performance of an employee whom they should not have hired in the first place. It is also very common in banking. When a borrower’s business runs into trouble, a lender often advances additional funds in the hope that the business can turn around. If the business does have a good chance to do that, this is wise; otherwise it’s just throwing good money after bad.

Why can we not free ourselves from past decisions? Frequently, it is because we are unwilling to admit mistakes. If you, for example, fire a poor performer who you hired, you are making a public admission of poor judgment. It seems psychologically safer to let him or her stay on, even though that choice only compounds the error.

Sometimes a corporate culture reinforces the sunk-cost trap. If the penalties for making a decision that leads to poor outcome are overly severe, managers will be motivated to let failed projects drag on forever – in the vain hope that they will somehow turn around.

WHAT CAN YOU DO ABOUT THE SUNK-COST TRAP?

Make a conscious effort to set aside any sunk cost – whether psychological or economic – that will muddy your thinking about the choices at hand:

Imagine you are the president of a successful, mid-size, Italian shoe manufacturer, considering whether to call off a planned plant expansion. For a while you have been concerned that your company won’t be able to sustain the rapid pace of growth of its exports. You fear that the value of the Euro will strengthen in coming months, making your goods more costly for overseas consumers. But before you put the brakes on the plant expansion, you decide to call up an old business school classmate, the CEO of a similar company that recently cancelled plans for a new factory, to check her reasoning. She presents a strong case that other currencies are about to weaken against the Euro. What do you do?

You’d better not let this conversation be the clincher because you’ve probably just fallen victim to the confirming-evidence trap. This bias leads us to seek out information that supports our existing instincts or points of view while avoiding information that contradicts it. What, after all, did you expect your acquaintance to give, other than a strong argument in favor of her decision?

WHAT YOU CAN DO ABOUT THE CONFIRMING EVIDENCE TRAP?

It’s not that you should not make the choice you are subconsciously drawn to. It’s just that you want to make sure it’s the smart choice. Here is how you put it to the test:

This article is based on: “Hammond, Ralph & Raiffa: The Hidden Traps in Decision Making,” Harvard Business Review, January 2006.